Pathways to Substance Use and Disorder

My work in the field of substance use has been funded by the NIH for the past 17 years and largely focuses on socioemotional mechanisms that influence the development of alcohol and drug use as they occur in nested environmental contexts. Focal mechanisms of interest concern those that underlie what we termed an Internalizing Pathway to substance use and disorder (Hussong, Jones, Stein, Baucom & Boeding, 2011; Hussong, Shadur et al., 2019).

In this pathway, emotion dysregulation serves as a core deficit that fuels early initiation and escalation of substance use and that may serve as a risk factor present even in early childhood. The pathway, however, targets clinically significant patterns of substance use that may lead to addiction and is thus not expected to account for more developmentally normative patterns of substance involvement that characterize late adolescence and early adulthood.  Identifying for whom, when, and under what circumstances emotion dysregulation becomes paired with an addictive pattern of substance use has been the focus of much of my work.

One line of work indicates that emotion dysregulation that is associated with depression symptoms, rather than anxiety or internalizing symptoms more broadly, is a stronger predictor of future substance use in adolescents. In a systematic review of 63 studies (Hussong, Ennett, Cox & Haroon, 2017), we found that only depression symptoms predict adolescent substance use after accounting for co-occurring externalizing symptoms. However, even depressive symptoms are not a consistent risk indicator. One potential explanation for this inconsistency is that many studies do not differentiate among the potential mechanisms that may underlie depression-substance use associations, making it difficult to identify those that garner empirical support versus those that do not.

In studies focused on early emerging self-medication in young adults (Hussong, Hicks, Levy & Curran, 2001) and rising high school students (Hussong, Galloway & Feagans, 2005), we used experience sampling methods to examine for whom negative affect served as a time-sensitive trigger for drinking and substance use in normative samples. Across these studies, we showed, for example, that negative affect and drinking were more strongly associated for those with fewer conduct problems, more negative reactions by parents to adolescents’ expressions of distress, and lower levels of parental support (in teens) as well as lower friendship support (in college students; for review see Kassel, Hussong, et al., 2010). The findings with youth remain some of the only data in print that use daily reports of substance use in underage youth.

A second focus of this work is in understanding the contexts that promote and deter substance use. In an ongoing NIH-funded study with colleagues in Public Health (Drs. Veronica Cole and Nisha Gottfredson) and Sociology (Dr. Robert Faris), I am examining the role of depression in substance use as moderated by the larger social network of peer influence and selection processes that adolescents experience as they move from 6th to 12th grade. Incorporating cutting edge longitudinal approaches to social network analysis along with novel psychometric modeling of social network indicators, we are examining how social network position and peer involvement with substances may differentially predict substance involvement for youth depending on the school context.  This line of work utilizes a 6-wave longitudinal follow-up study of over 6,000 adolescents in North Carolina and has allowed us to identify important interacting influences between not only friends and school contexts but also those involving families and neighborhoods; Ennett et al., 2008).  Emerging findings show that the transition to high school is a sensitive period in which depression is more predictive of substance use for youth who are socially vulnerable (not well integrated into the social network or with low social status.  However, outside of this transition period, it is sometimes social prominence rather than vulnerability that is the risk factor for substance use (Hussong, Ennett, McNeish, Cole, et al., in press; Hussong, Ennett, McNeish, Rothenberg, et al., in press).  This work has also lead to methodological innovations that span the fields of modern psychometrics and social network analysis (Cole et al., in press; Gottfredson et al., 2019).

A third aspect of this work has focused more specifically on at-risk families, particularly those with a substance using parent. With funding from NIDA and in collaboration with colleagues in Arizona, Missouri, and Michigan as well as North Carolina, I have lead a team of researchers who pooled data from three existing, landmark studies of children of alcoholic parents that together span ages 2 to 40.  Through this work, we identified the very early emergence (by age 2) and stable elevation of psychopathology indicators in these at-risk families, indicators that are associated in other work with later substance use (Hussong, Flora, Curran & Chassin, 2008; Hussong et al., 2007). These at-risk families show higher rates of persistent conflict over multiple generations that is in turn associated with greater risk in adulthood for poor functioning on a variety of outcomes as well as for adjustment problems in the children of these adults (Rothenberg, Hussong & Chassin, 2016; Rothenberg, Solis, Hussong & Chassin, 2017).  The early and persistent risk factors present for children of substance-involved parents, even by the age of two led to our embarking on the development of an early prevention program targeting children aged 2-6 residing with a substance involved mother in a treatment program (NC Tracs funded). We have completed pilot testing of this program, based on early focus group and feasibility analyses and are continuing to integrate technology into this intervention. 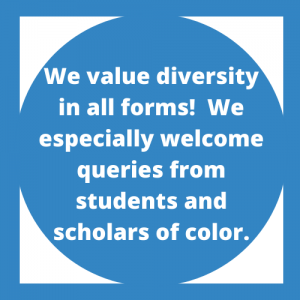 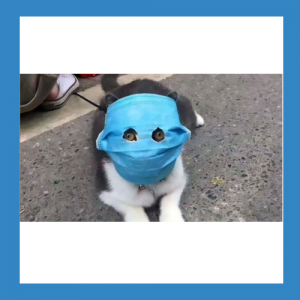